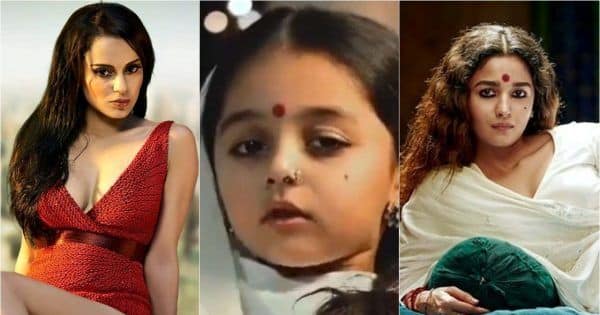 Cinema is a powerful medium. It can start conversations over difficult topics that are often brushed under the carpet. It can create multiple perspectives and connect different cultures. The youth try to imitate Bollywood actors and their actions shown through their onscreen portrayals which can leave a lasting impression. The blooming social media has just amplified its overall frequency by allowing commoners like you and me to put ourselves on the pedestal. Unfortunately, the human brain tends to focus more on negative things than positive ones. It can easily steer you towards a bad influence. So how much is ‘too much’ for the society to handle such a huge source of information and put it to good use? Also Read – Trending Entertainment News Today: Alia Bhatt reacts to criticism on Gangubai casting; Dharma Productions posts negative review of Gehraiyaan and more

Recently, a video of a little girl dressed as Alia Bhatt‘s character of Gangubai Kathiawadi from Sanjay Leela Bhansali‘s upcoming movie and enacting her went viral on social media platforms. The little girl was seen mouthing Alia’s dialogues and imitating her actions shown in the film’s trailer. The video left people divided with different opinions over the influence it might have on kids. Kangana Ranaut objected to it and slammed the girl’s parents for allowing their child to have access to the content meant for an adult audience. Also Read – From Kangana Ranaut to Richa Chadha and more – 6 celebs who are vocal about national issues

“Should this child imitate a sex worker with a beedi in her mouth and crude and obscene dialogues? Look at her body language, is it ok to sexualize her at this age? There are hundreds of other children who are being used similarly,” Kangana shared a note on Instagram. Also Read – Ranbir Kapoor-Alia Bhatt, Sidharth Malhotra-Kiara Advani, and more B-Town couples who fell in love on set

Gangubai Kathiawadi tells the tale a young girl named Ganga who becomes Gangubai, a madame in the red light area of Kamathipura. It is loosely based on the true story of Gangubai Harjivandas, popularly known as Gangubai Kothewali, whose life was documented in the book Mafia Queens of Mumbai written by S. Hussain Zaidi.

Kangana’s objection to the Choti Alia Bhatt’s sparked a debate among social media users. While some people agreed with Kangana’s thoughts, some said that there’s nothing wrong in kids dressing up fancy like onscreen characters. Many people believed that children below 15 age group shouldn’t be allowed to use social media while others were of the opinion that such portrayals will create awareness about sex workers who are often looked down upon by the society. 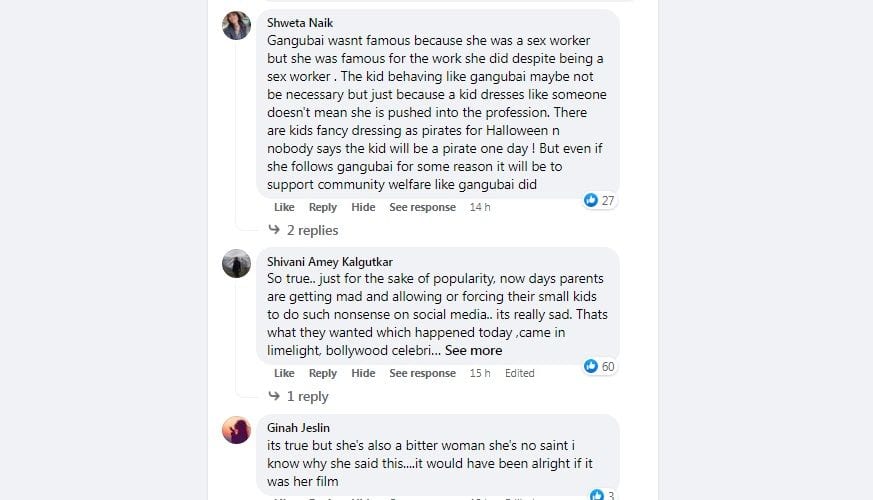 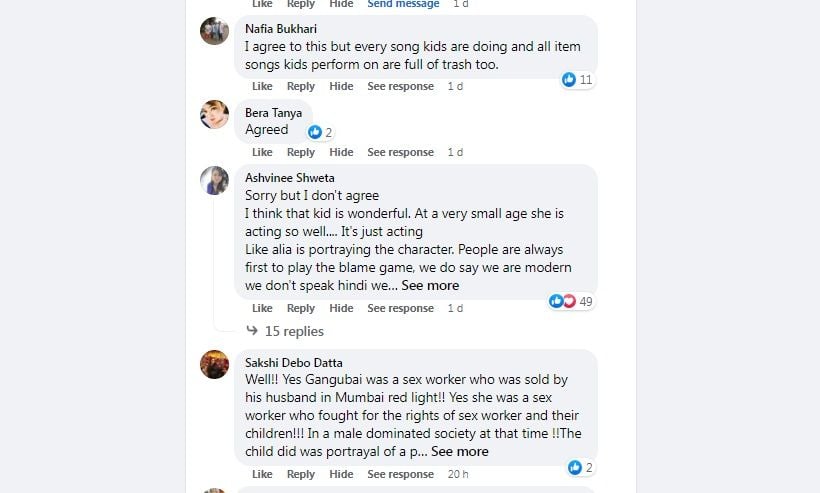 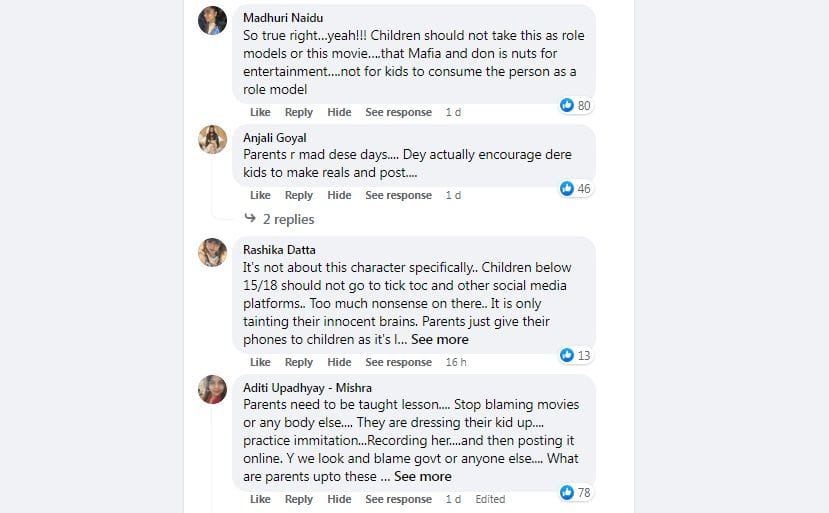 So we decided to conduct a poll to segregate ample reactions to see what the majority of the people think about this particular debate.

Cast your vote below:

Keep watching this space for the above poll results.