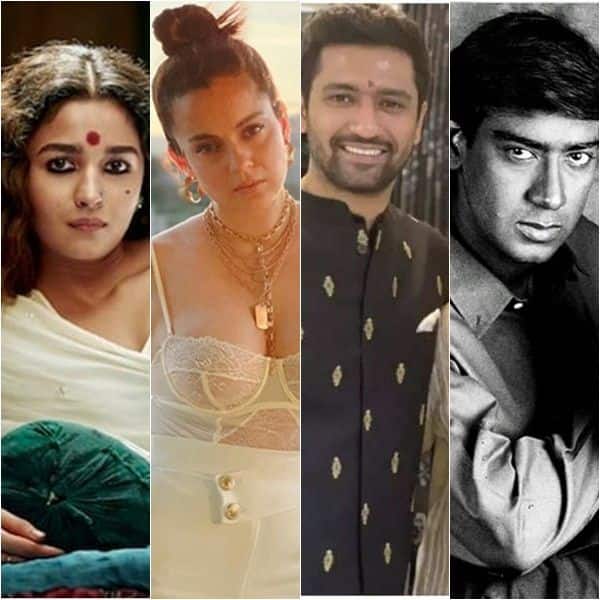 The world of entertainment has been very exciting today and we bring you a wrap of all the trending Bollywood news of the day. From Alia Bhatt giving a priceless reaction to Kangana Ranaut‘s claim that Gangubai Kathiawadi will be a flop to Vicky Kaushal‘s father Sham Kaushal saying Ajay Devgn‘s father Veeru Devgn fed him when he was walking hungry on streets, here’s a look at the top trending entertainment news today. Also Read – Alia Bhatt in Gangubai Kathiawadi, Shraddha Kapoor in Haseena Parkar and more; 5 films where audience felt actresses were miscast

Alia Bhatt’s Gangubai Kathiawadi has hit the theatres and the reviews are coming out. While Bollywood has been going gaga over the film, seems like audiences aren’t very happy with Sanjay Leela Bhansali‘s directorial. The viewers who have watched the film claim that Alia is a misfit for the role. Some audiences even claimed that either Vidya Balan or Deepika Padukone would have done justice to the role. Read the full story here. Also Read – What to watch this weekend: Gangubai Kathiawadi, The Fame Game, Valimai and more OTT and theatrical releases

The current state in Ukraine is extremely terrifying and giving people goosebumps across the globe. Everyone is strongly condemning the attack by Russia on the country. Bollywood celebs too are expressing their thoughts and are strongly condemning it and requesting to stop the war. Bollywood actress Bipasha Basu took to her Instagram story and shared heartbreaking pictures of the newborn babies being shifted. Read the full story here. Also Read – Lock Upp: Here’s all you need to know about the legal tussle Kangana Ranaut’s show has landed into [Exclusive]

Vicky Kaushal’s father Sham Kaushal is one of the most celebrated stunt choreographers in Bollywood right now. He has done some notable work by directing action sequences in films such as Dangal, Padmaavat, Dhoom 3 and Bajirao Mastaani. While reacting to his son Vicky’s work and action scenes, Sham Kaushal went on to talk about his long association with Ajay Devgn’s father, action-choreographer and stunt director Veeru Devgn who was known as Bollywood’s action master. Read the full story here.

Jersey actress Mrunal Thakur attacked by trolls; one said, ‘back is like matka’, another said, ‘reduce the lower part’; hits back with befitting retorts

Mrunal Thakur has become the latest victim to online body-shaming when she posted a video of her intense workout session. She was seen wearing a pair of boxer shorts and a tank top. She was seen pulling off the kicks and punches with her fitness trainer during her kickboxing routine. She captioned the video as, “just a regular day.” But the nasty body-shamers had their focus somewhere else. Read the full story here.

Gangubai Kathiawadi: Alia Bhatt reacts to Kangana Ranaut’s claims that the film will be a huge FLOP [Watch Video]

Kangana Ranaut has been targeting Alia Bhatt for a long time and she has her reasons for it. Kangana has always expressed that she never got support from Bollywood including Alia Bhatt. However, Alia Bhatt has always kept it clear that she has no personal issues with her and she doesn’t even heave to any negativity around her. And now one of the videos of Alia is going VIRAL where she had the savage reply to Kangana Ranaut’s claim that the film is going to be a huge flop. Read the full story here.