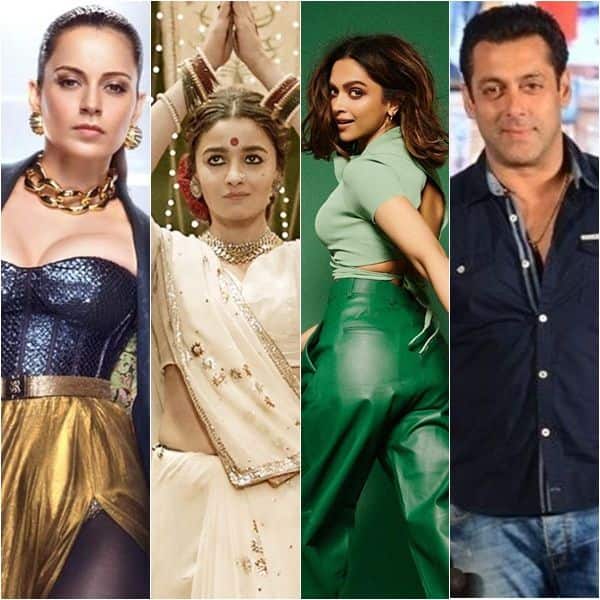 The world of entertainment has been very exciting today and we bring you a wrap of all the trending Bollywood news of the day. From Alia Bhatt giving befitting reply to Kangana Ranaut‘s ‘papa ki pari’ remark and criticising Gangubai Kathiawadi casting to Deepika Padukone revealing the real reason why she has never worked with Salman Khan, here’s a look at the top trending entertainment news today. Also Read – Deepika Padukone, Anushka Sharma and more Top 5 viral pictures of your favourite celebs trending today

Before making her big Bollywood debut with Shah Rukh Khan in Om Shanti Om, Salman Khan was the first one from the industry to offer Deepika Padukone a film but she refused it. Read the full story here. Also Read – Salman Khan to John Abraham: 5 then and now pics of the fittest Bollywood actors above 45 will leave you in awe

Priyanka Chopra and her husband Nick Jonas announced on January 21 that they are parents to a baby. Fans are eager to see a glimpse of their kid. Read the full story here. Also Read – Before Gangubai Kathiawadi, check out Alia Bhatt’s Raazi, Nayanthara’s Maya, Korea’s The Call and more movies with towering female protagonists

Sidharth Malhotra actor took to Instagram to share some pics and videos of Oscar. He also shared a heartfelt note for his pet. Read the full story here.

A few days ago, Kangana Ranaut had taken a sly dig at Alia Bhatt by calling her a ‘bimbo’ and filmmaker Karan Johar‘s ‘papa ki pari’. The Gangubai Kathiawadi actress has now given a befitting reply to Kangana by using a quote from the Bhagavad Gita. Read the full story here.

Hrithik Roshan-Saba Azad love saga: Actor has been in a serious relationship with the singer since 3 months? KNOW HERE

Hrithik Roshan is extremely serious about Saba Azad and so he has introduced her to his family member as well. Read the full story here.

Shah Rukh Khan’s son Aryan Khan is set to kick off his career in Bollywood as a writer. It seems one of his projects is being discussed with Amazon Prime India. Read the full story here.