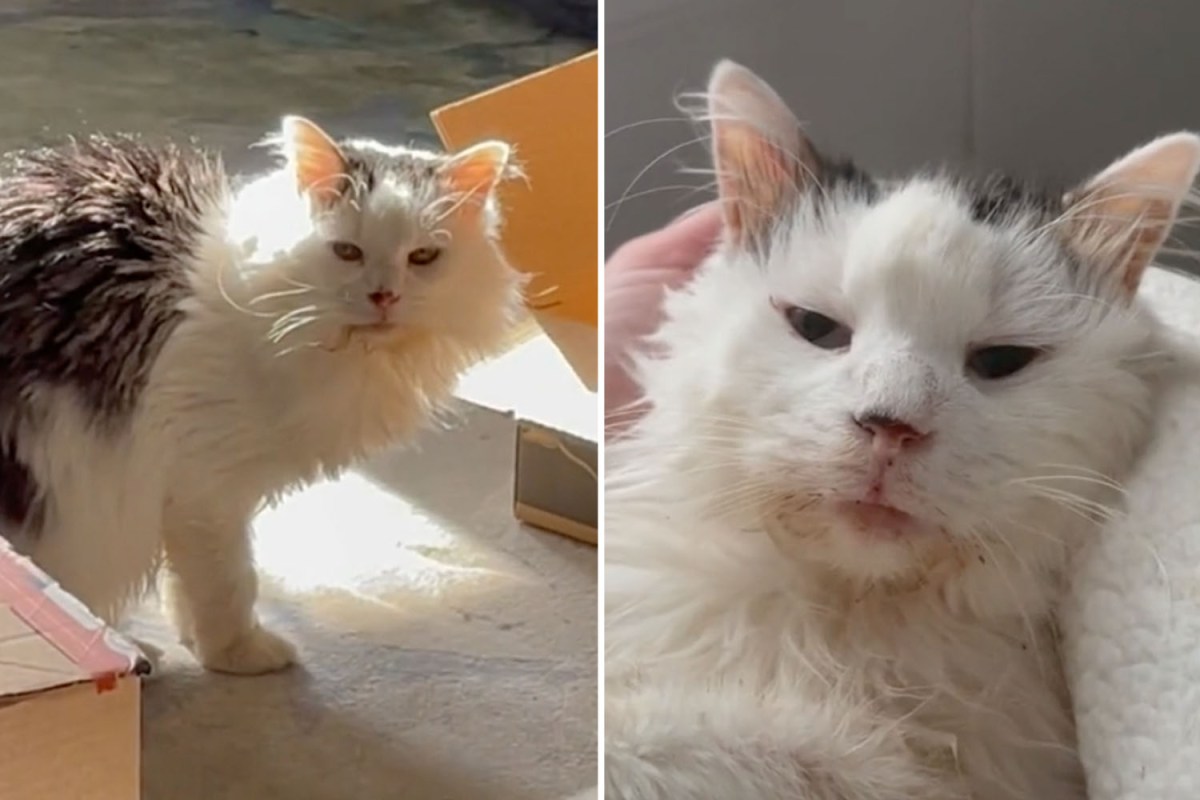 A CAT beloved by thousands of Tiktok users died on Wednesday after a battle with feline Aids.

Pot Roast was mourned by fans as her owner posted a heartbreaking tribute to the much-loved pet.

“My little bird flew away at 11:47 am this morning,” her owner captioned a video of them together.

“When I saw Pot Roast this morning I could feel that she was done fighting and even though I wasn’t done fighting for her I let her go.

“She went to sleep in my arms,” she continued.

“In the end, it was just her and me. And I am grateful for every moment we had together.”

Just a day earlier, the cat’s owner, who posts under the username Pot Roast’s Mom, revealed that the feline had been back to vet hospital.

“She had a second blood transfusion yesterday and a seizure from low blood sugar last night,” she wrote.

“They are monitoring her and possibly going to give a third blood transfusion.

“I don’t know how much time we have left and I don’t want to spend it on social media so I am going to distance myself.”

Earlier in the month, her owner feared that Pot Roast “might be nearing the end” and so she made a video about giving her “all the things I know she likes.”

According to another video on the account, Pot Roast contracted feline immunodeficiency virus from the owner’s other cat, Carrot, before that cat died by being hit by a car.

The infection attacks the cat’s immune system and Pot Roast’s owner revealed the virus had progressed to her bone marrow and that her body was no longer producing red or white blood cells.

According to The Pitch, Pot Roast also battled feline herpes and stomatitis and lost all her teeth to the disease.

Pot Roast’s owner said she didn’t know how Carrot had the illness as all of her cats and those she had fostered had tested negative for FIV.

The diagnosis was discovered when Pot Roast went to the vet after “almost dying,” her owner claimed.

“Carrot hated Pot Roast so she really said ‘if I’m going down then you’re coming with me,'” she added in a comment.

Pot Roast shot to fame when her human mother started a TikTok page for her in December 2020.

Since then, her owner has posted dozens of videos showing off her beloved feline doing funny things.

Pot Roast was adopted from an animal shelter while her human mum was studying at Missouri University of Science and Technology, The Pitch reports.

Her owner created a TikTok for Pot Roast with the intention of sharing her pet’s life with friends from college after moving away.

She said: “I didn’t want my college friends to forget that I was funny.”

But the feline celebrity took TikTok by storm and even had its own merchandise.

Her owner says she thinks people liked Pot Roast because of her carefree attitude, despite being sick and not having teeth to groom herself.

She added: “Pot Roast gives me such undiluted joy every single day.”

Fans mourned the passing of the cat who had close to a million TikTok followers and more than 64.8million likes.

“RIP Pot Roast (my fav TikTok cat) A fighter till the end, taught me a lot about dealing with a sick cat and the joy in misery [sic],” said one tweet.

“Rest in peace, pot roast. Seeing her videos always brightened my day, I can’t imagine how her mom feels,” wrote another.

“This cat impacted so many people in so many ways, which feels odd to say but it’s true. Hoping Pot Roast is relaxing in paradise with plenty of tuna,” a third said.

Others expressed their condolences with Pot Roast’s owner.

“Thank you for sharing Pot Roast with the world,” one fan said.

“She brought light when it felt like there was none. She was the luckiest cat to have you.”