After entertaining the viewers for quite some time, the popular show of Vijay Television is all set to say goodbye. Yes, we are talking about “Super Daddy”. The show has reached its decisive phase and in some time, it will get its ultimate winner. Viewers who had been watching the reality show are excited to know who will steal the limelight in the Grand Finale episode. Undoubtedly, the last episode is highly anticipated by the fans. Let us check what will happen tonight and all about the finale. 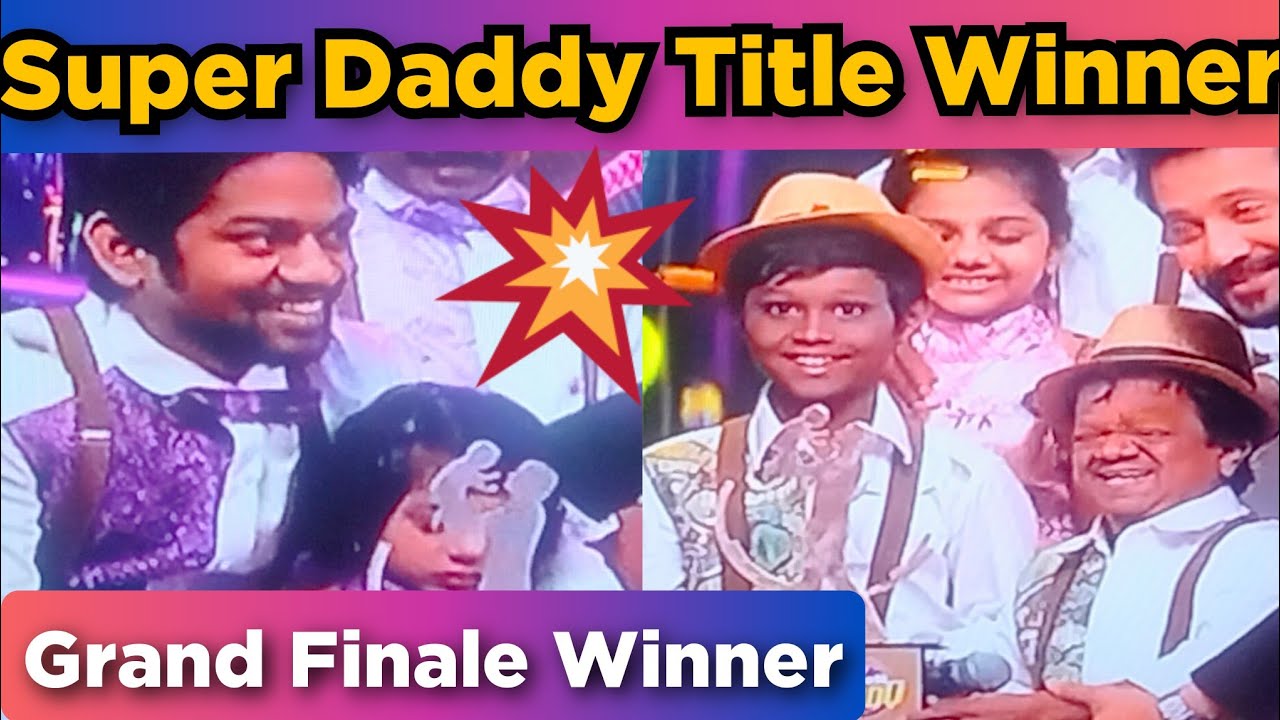 The promos have been released by the makers on the official channel which has been garnering the attention of the viewers. It is no doubt to state that the finale has gotten everyone excited to watch the show tonight. Talking about the promo, it shows the contestants performing all the tasks and challenges they are given while others get entertained by looking at them. It has gained a huge engagement of the viewers ever since it was shared on the channel’s Twitter and Instagram handles. Anchor Mahesh will be seen launching the Grand Finale tonight and will welcome all the finalists and the judges.

Uma Riyaz, Sandy Master, and Deepak will be seen judging the special episode for the last time while the contestants will give their best performances to steal the trophy too. The top five finalists who will set the stage on fire by their impressive performance include father King Kong with kid Durai Murugan, father Ramar with kid Aishwarya, father Vinoth with kid Thirishika, father Madurai Muthu with kid Yazhini and father Kottachi with kid Manasavi. These contestants have managed to make this far in the show and happen to be a few inches away to secure the show’s title and the prize money.

The show is based on fathers participating with their kids to secure victory. The reality show features the contestants going through a variety of challenges that include music, dance, exciting games, skits, and more. They compete with one another and leave an impressive mark behind every performance. Now, it will be interesting to see among the five finalists emerges out as the winner and who ends up being in the place of the first runner up and the second runner up respectively. Super Daddy Grand Finale will take place on Sunday, February 20, 2022, at 3 PM. It will be telecasted on Vijay TV. For more updates, stay tuned with us.