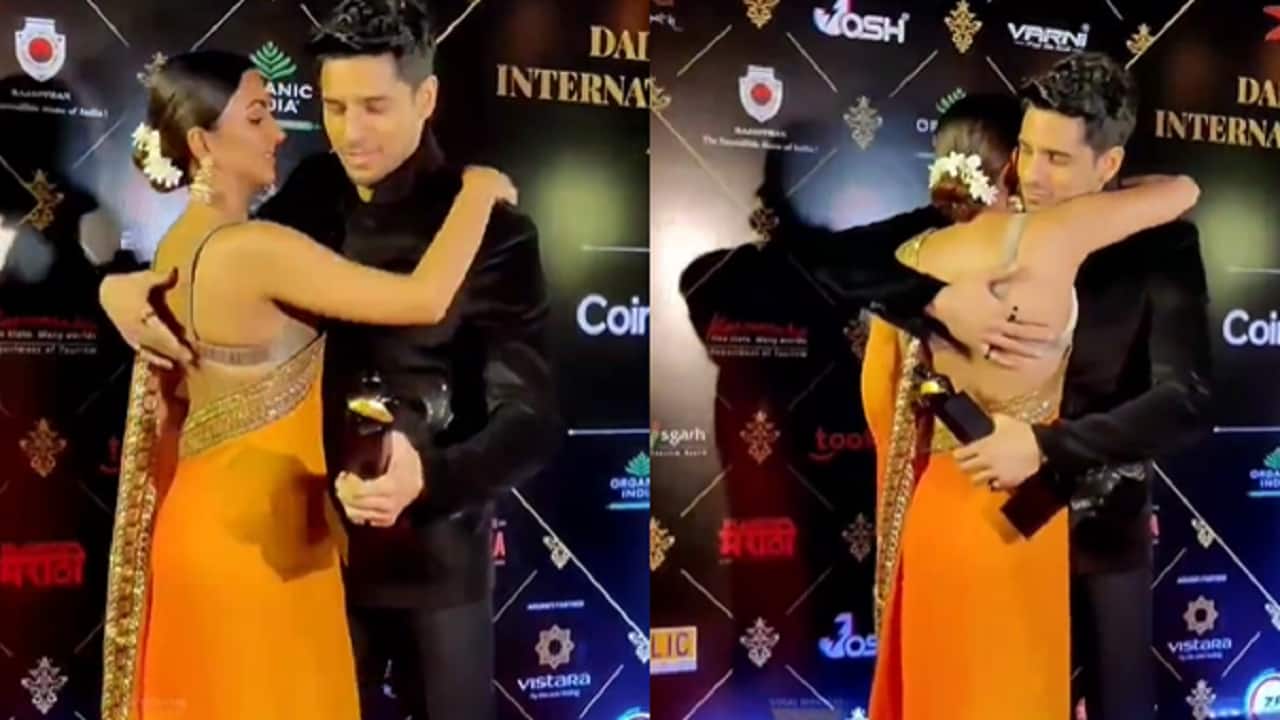 Sidharth Malhotra and Kiara Advani made head turns last night with their appearance together. Sidharth received the Dadasaheb Phalke International Film Festival Best Actor award for his outstanding performance in Shershaah on Sunday. The actor looked was happy high and he met his rumored girlfriend, Kiara Advani, at the award ceremony red carpet where they hugged and posed together and their chemistry left their fans gushing over them. The video of them posted by the paparazzi s going viral where Sid is looked uber dapper in a black suit while Kiara is looking stunning in an orange saree. Fans were overjoyed to see them together and showered all their LOVE on them. A fan commented, ” Literally made for each other” One fan wrote, ” Smile dekho Sidharth ki Kiara ke aate hi, Kaash ye done Shaadi Karle”. Sidharth and Kiara recently went on a vacation together to celebrate New Year together and even posed for the paparazzi. The couple seems to be all set to make their relationship OFFICIAL. Well, we can’t wait for the Shershaah couple to be one in real life. What say? Also Read – Dadasaheb Phalke International Film Festival Awards 2022: Ranveer Singh, Kiara Advani, Rupali Ganguly and more – Here’s the complete list of winner

While Sidharth who was on cloud nine after receiving the award, penned down a long note on Instagram, he wrote,” Thank you Dadasaheb Phalke International Film festival Awards 2022 @dpiff_official for honoring me with the Best Actor Critics Award #dpiff2022. It was such an honour to play the role of Capt. #VikramBatra, one of the youngest brave hearts of the Indian Army. A big thank you to Vikram Batra’s family for trusting us. Thank you to #VishnuVardhan and @karanjohar @dharmamovies @kiaraaliaadvani @apoorva1972 and @shabbirboxwalaofficial. Thanking the whole cast and crew of #Shershaah. Last but not least Thank You to all my fans for your love and support. Big hug.” The actor deserves the sword. He was just brilliant in Shershaah and prove this mettle as an actor! Also Read – Dadasaheb Phalke IFF Awards Red Carpet: Sidharth Malhotra-Kiara Advani pose together, Raveena Tandon and more stars add glitz and glamour on Sunday evening [PICS]