Raj Kundra has been keeping low key ever since he is out of jail on bail. The businessman was arrested in a pornography case, however, he always claimed that he was not involved in adult filmmaking ever. Raj Kundra was in jail for more than four weeks and it was the toughest time for Shilpa Shetty and the Kundra family. Shilpa faced the brunt when Raj was arrested, she was massively trolled for anything and everything. However, the actress held herself strong and rose like a phoenix. Slowly Shilpa and Raj are leading a normal life. But still, Raj has qualms for posing for paparazzi. Ever since he has been out on bail, he has never posed for the shutterbugs. Last night too the businessman was spotted along with his wife Shilpa and son Viaan Raj Kundra in the city, where the paparazzi requested Shilpa for one family photo together. Shilpa even called Raj to pose by holding his hand, but he was clearly not interested and walked off and directly sat in his car. Later Shilpa followed him and made her way to their car. This video has been grabbing a lot of attention and netizens have been trolling Raj online for the same. Take a look at how brutally the businessman is getting trolled. Also Read – Rakhi Sawant slams Lock Upp host Kangana Ranaut for taking a dig at Salman Khan’s Bigg Boss; says, ‘bhai mein dum hai, behen mein nahi’ 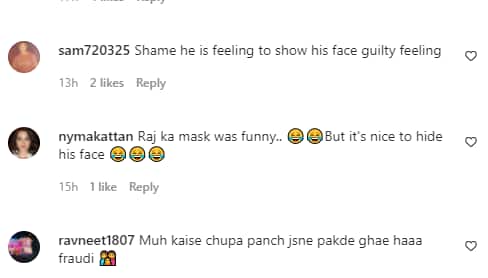 Raj Kundra’s first video went viral at Shamita Shetty‘s birthday party where he praised Rakhi Sawant while she made a video with him, ” This is the only real person in Bollywood and I love her. She is the only person who has stood up for what’s right” Rakhi thanked Raj by saying, ” Raj Kundra Bhai u r rockstar you are the best husband best father best human being”