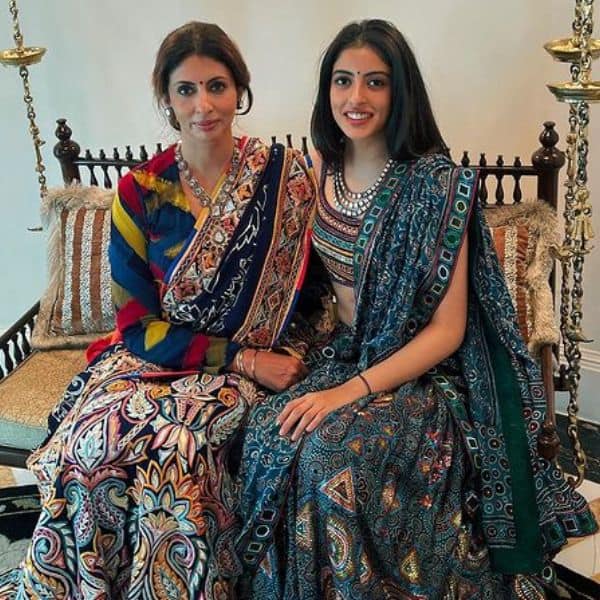 Navya Naveli Nanda who is the grand-daughter of Amitabh and Jaya Bachchan is now a rising entrepreneur. She has a brother Agastya Nanda who is planning to enter Bollywood. Navya Naveli Nanda who is slated to take over her dad, Nikhil Nanda’s company Escorts has started a platform for the health of women. Giving an example on how girls/women are conditioned by families, she says that even her mom Shweta Bachchan always expects her to be the perfect host and not Agastya. She said she has to play host as opposed to her younger brother. Navya Naveli Nanda said that if women grow up in joint families somehow the responsibility of running the home is something that is reserved for women, or put on the daughters. Also Read – Jhund trailer: Amitabh Bachchan brings back ‘ANGRY YOUNG MAN’ swag in raring form; Nagraj Manjule has a winner on his hands

She told SheThe People, “And I have never seen that importance being given to my brother or a younger boy in the house. I think that itself is ingraining women into believing that it’s our responsibility to look after the house.” Navya Naveli Nanda is very popular on social media. After she posted the video, Zoya Akhtar commented with a number of applause emojis. A reader wrote, “Just like charity begins at home….Right upbringing also starts at home….You are building a future be careful while doing that.” Also Read – Trending South News Today: Shaakuntalam star Samantha Ruth Prabhu schools fan, Amitabh Bachchan joins Prabhas starrer Radhe Shyam and more

Navya Naveli Nanda also runs Aara Health and Project Naveli that focus on the betterment of women. The young lady said she always saw how her grandmother and mom always prioritize others over themselves. Navya Naveli Nanda said that women by nature ignore their health and well-being. She said as per traditional roles the man was always the breadwinner while the woman was the caretaker. She feels that made women ignore themselves a lot more than they should. She had told Miss Malini, “That stems from the gender roles we force as a society and that’s where the patriarchy and misogyny comes in where men have always been the head of the family and breadwinners, and the woman the caretaker.” Also Read – Anmol Ambani-Krisha Shah wedding: Amitabh Bachchan, Hema Malini, Suniel Shetty and other guests in attendance – view pics

The young lady is also in the news for reportedly dating Siddhant Chaturvedi. Amitabh Bachchan’s Jhund trailer is also out today.