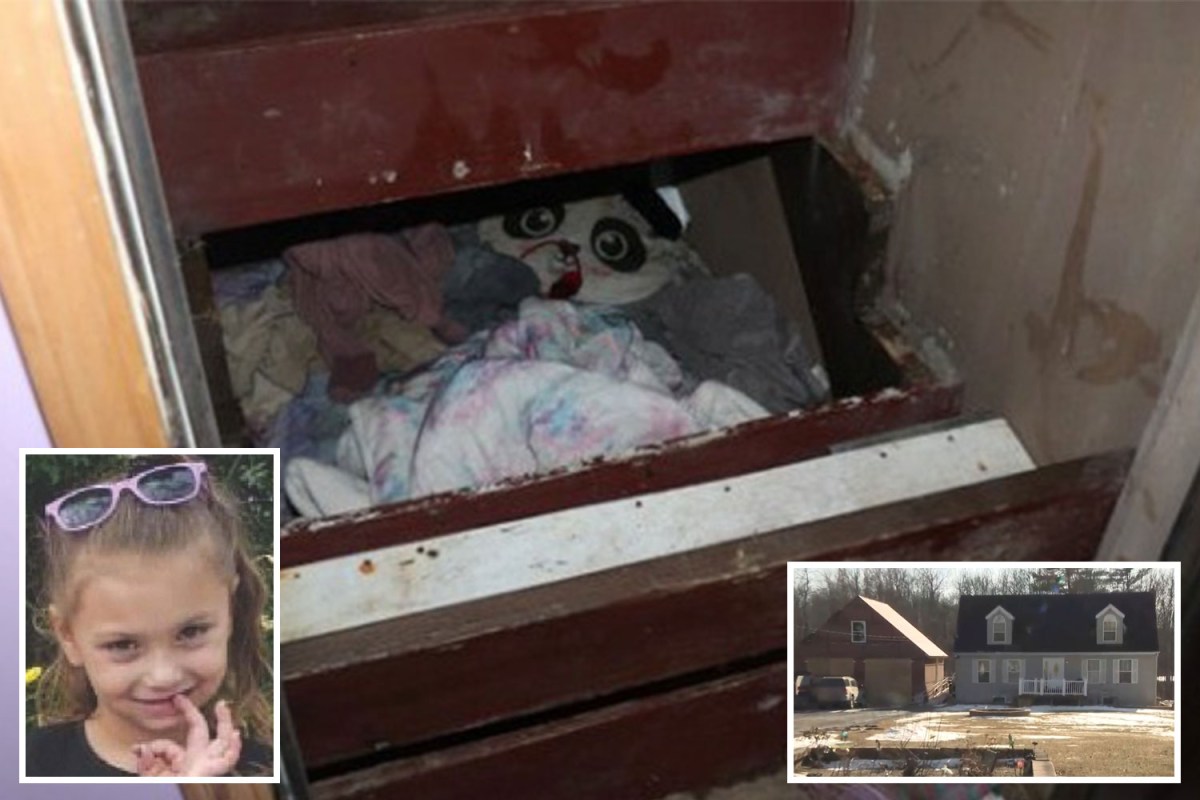 A GIRL missing for two years was found in a secret room under a staircase in her grandfather’s house.

When cops found Paislee Shultis, the starving six-year-old heartbreakingly asked them if she could go to McDonald’s meal where they bought her a Happy Meal.

Police had previously visited the home in Saugerties, New York, multiple times in their search as they long suspected biological mother and father, Kim Cooper and Kirk Shultis, had kidnapped her.

But a tip led them back to the property and this time they searched underneath the stairs leading to the basement, after an officer noticed something odd, Saugerties Police Chief Joseph Sinagra said.

Eventually an officer saw what he thought was a blanket and cops started ripping steps off the stair before they noticed “little feet”.

Paislee was hiding in the hole, along with her mother, and she was removed and taken to a local police station.

On the way, they passed a McDonald’s and she when she told  the detectives that she hadn’t had McDonald’s in such a long time, so they turned around and got her a Happy Meal, CBS2 reports.

Paislee was eventually released and has now been reunited with her older sister and an unidentified legal guardian.

She will now begin the process of rehabilitation Sinagra explained.

“We are pretty certain that she probably wasn’t receiving proper medical attention,” he said.

“Obviously, the family just couldn’t take her to a doctor because she was a reported missing person.

“The other concern is you have a child that doesn’t write or read because they didn’t have the opportunity to go to school. They will now.”

The police chief also explained that appeared Paislee had her own bedroom which had her name written on the wall.

Paislee had last been seen in July 2019 at the home of her legal guardians in Spencer, New York.

“There was a reason why they lost custody of the children,” Sinagra said, adding that Paislee’s older sister has been with her legal guardian since 2019.

Cooper has been charged with custodial interference in the second degree and endangering the welfare of a child.

Shultis has been charged with felony custodial interference in the first degree and misdemeanor endangering the welfare of a child.

His father Kirk Shultis was also charged with felony custodial interference in the first degree and misdemeanor endangering the welfare of a child.

It was revealed he lied to cops about his knowledge of where Paislee was.