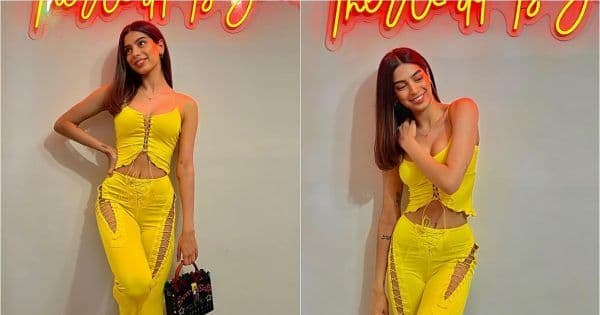 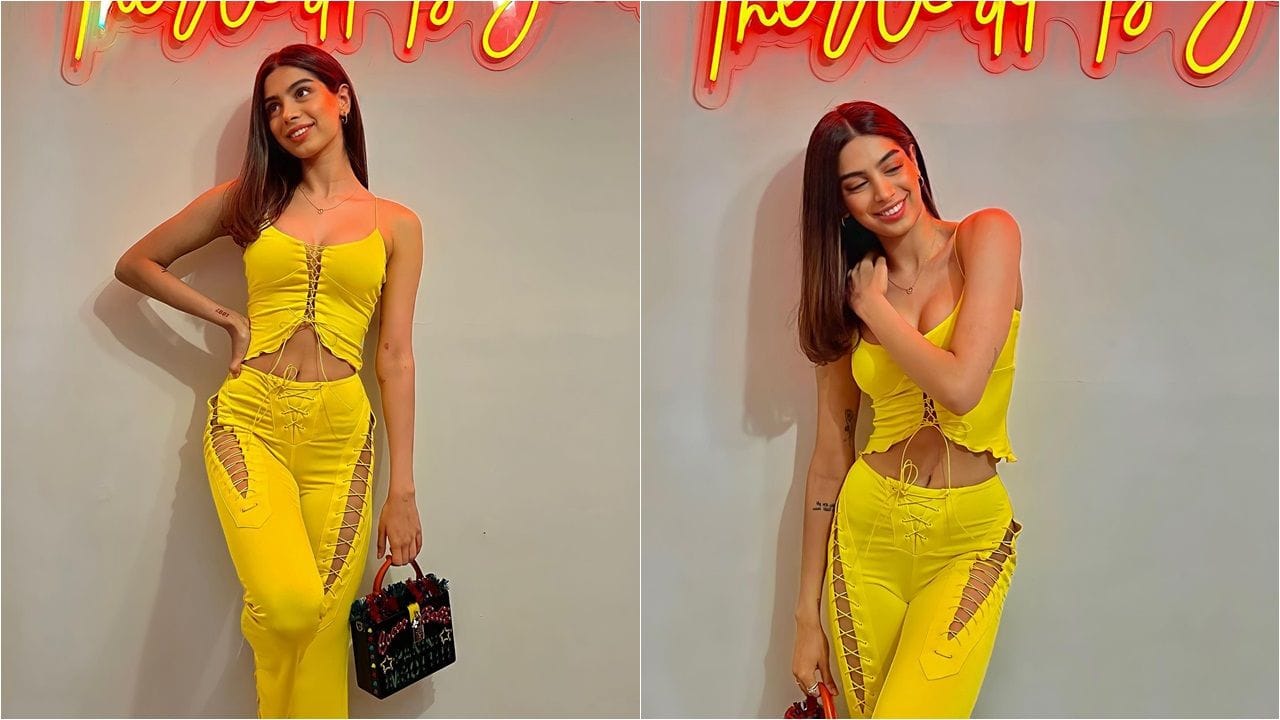 Boney Kapoor and Sridevi‘s younger daughter Khushi Kapoor is quite popular on social media. Though she is yet to make her Bollywood debut like her elder sister Janhvi Kapoor, Khushi often makes heads turn with her stunning appearances. This time, Khushi has set the internet on fire by posting a sizzling picture wearing a bold outfit. Also Read – Janhvi Kapoor looks smashing as she flaunts her toned figure in a body-hugging outfit – see pics

In the picture, Khushi was seen wearing a yellow lacy co-ord set. She was seen flashing her million dollar smile while posing for the photographs. Her comments section was flooded with compliments by her fans including her family members. While Janhvi commented if she can give her kisses and bite her cheek, Anshula Kapoor said that she is obsessed with her. Her father Boney Kapoor also posted multiple fire and heart emojis. Her friends Aaliyah Kashyap, Maheep Kapoor, Anjini Dhawan and Shanaya Kapoor also couldn’t stop gushing about her. Also Read – Alia Bhatt, Janhvi Kapoor and more Top 5 viral pictures of your favourite celebs trending today

Following the footsteps of elder sister Janhvi, Sridevi’s younger daughter is a fashionista in the making. She gives major style inspiration to the millennial fan brigade. Khushi, 21, is a true-blue Gen Z style star as she sports traditional wear or neon bikini with equal and utmost ease. Although she hasn’t made her entry in Bollywood yet, she has already won hearts with her quintessential dressing style. Studying in New York, she balances Bollywood glamour with an international appeal in her wardrobe. Also Read – Roohi 2: Rajkummar Rao shares LATEST UPDATE on the sequel to his horror-comedy [EXCLUSIVE VIDEO]

Khushi aspires to be an actress and studies at the New York Film Academy.