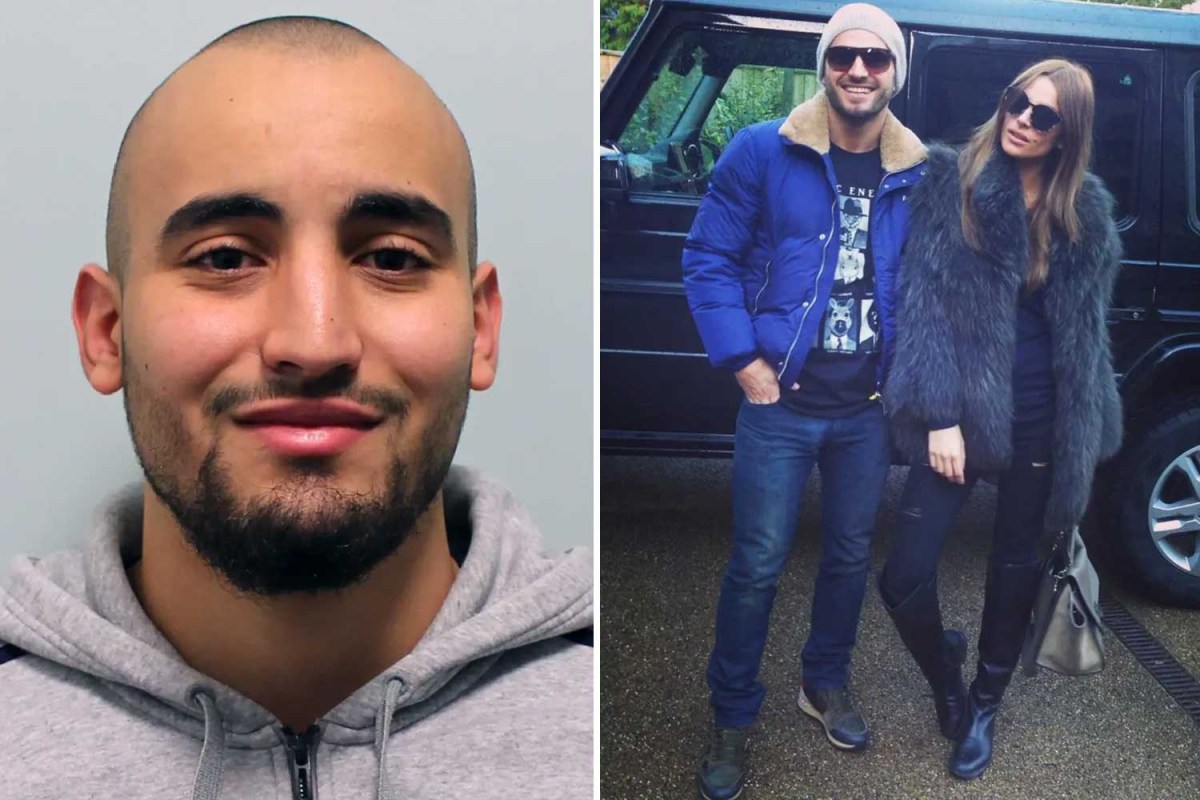 A MASKED hitman who shot dead the brother of a Real Housewives of Cheshire star in front of his horrified family has been caged for life.

Dad-of-two Flamur Beqiri, brother of Misse Beqiri, was gunned down on his doorstep in Battersea, South West London, on Christmas Eve in 2019.

Swedish hitman Anis Hemissi, 24, has now been jailed for life with a minimum of 35 years after being convicted of murder and possession of a firearm.

Beqiri was the kingpin in a global drugs ring and was targeted in an “organised hit” as part of escalating violence with a rival gang.

Hemissi was part of a group of four killers dispatched from Sweden to assassinate the dad.

Chilling CCTV showed the cold-blooded killer wearing a litter picker’s outfit and latex mask as he carried out reconnaissance in the days leading up to the shooting.

On Christmas Eve, the masked shooter opened fire on Beqiri in front of his wife and two-year-old son as they returned home from dinner in Sloane Square, West London.

The dad was blasted ten times as the gunman sprayed bullets at him from behind.

Wife Debora Krasniqi could be heard screaming as shots pierced the air on the quiet residential street.

Their three-month old baby and the children’s three grandparents were inside as Beqiri was struck by eight bullets.

Hemissi then flew to Copenhagen in Denmark in the early hours of Christmas Day.

He was arrested at the airport on January 20, 2020, before being extradited to UK.

While on trial, he launched a bizarre defence – claiming he was only in Battersea to “watch Netflix and chill” with a woman he met online.

Fellow Swedish national Estevan Pino-Munizaga, 35, was acquitted of murder but found guilty of an alternative charge of manslaughter.

He was today jailed for 15 years, of which he will serve two thirds.

Tobias Andersson, 32, and Bawer Karaer, 23, also from Sweden, were acquitted of both charges.

Clifford Rollox, 31, and Dutch national Claude Isaac Castor, 31, were found guilty of perverting the course of justice after being hired locally to clean up the flat where the killers had stayed.

They were jailed for three years each and will serve half their sentence in prison.

Senior Crown Prosecutor Louise Attrill, from the Crown Prosecution Service, said: “This was a shocking, cold-blooded and brutal murder of a man in front of his young family on Christmas Eve.

“The intention was clear – to kill. Flamur Beqiri was gunned down on his doorstep in front of his wife and two-year-old child. Multiple shots were fired at close range.

“The murder was deliberately carried out in a way that would cause maximum terror and trauma given the date, place and circumstances.”