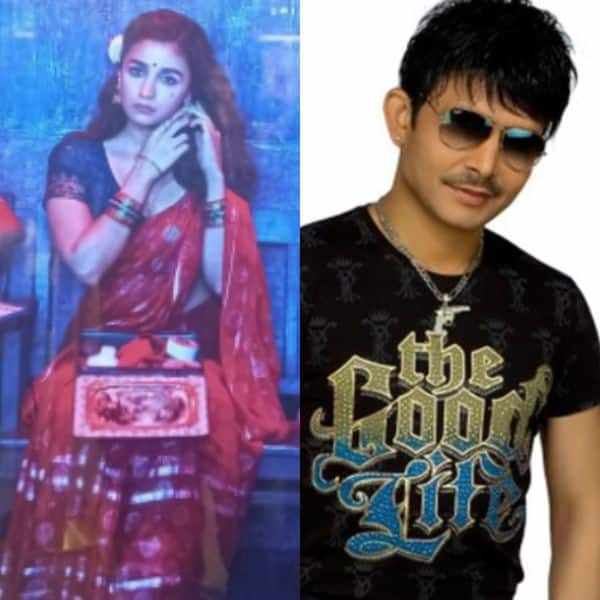 Gangubai Kathiawadi is all set to release in the theatres. Alia Bhatt plays the role of Gangubai who was sold off to a Mumbai brothel when she was a teen. It documents her rise from a sex worker to a female don. Ajay Devgn, Shantanu Maheshwari and Vijay Raaz also play major roles in the film. Self-proclaimed movie critic and trade analyst Kamaal R Khan has already taken a dig at the film. He says some friends watched it and advised him to take painkillers to the movie halls. Also Read – Alia Bhatt Vs Kangana Ranaut: Check 5 instances of the actress’ love-hate relationship

Celebs who have watched the film are gushing about it. Vicky Kaushal said, “Absolutely shook by the sheer brilliance at display in this film. SLB sir you are a master! And @aliabhatt don’t even know what to say about you…breathtakingly amazing as Gangu! Hats off. Big screen cinema magic. Don’t miss.” Riddhima Kapoor Sahni also praised the movie’s director and Alia Bhatt terming them legends. Shashank Khaitan wrote, “Please book your tickets, and go watch Gangubai in a theatre near you, to watch the sheer genius of Alia Bhatt… shakti, sampati, sadbudhi aur beshumar talent, sab iss ladki ke pass hai (power, wealth, good sense and a lot of talent – this girl has it all).” The movie is also the debut of Shantanu Maheshwari and Varun Kapoor. Also Read – Ajay Devgn and Kajol wedding anniversary: Gangubai Kathiawadi actor wishes wifey with an aww-worthy confession

Gangubai Kathiawadi saw a lot of delays due to the pandemic. The set got damaged and the makers incurred losses.