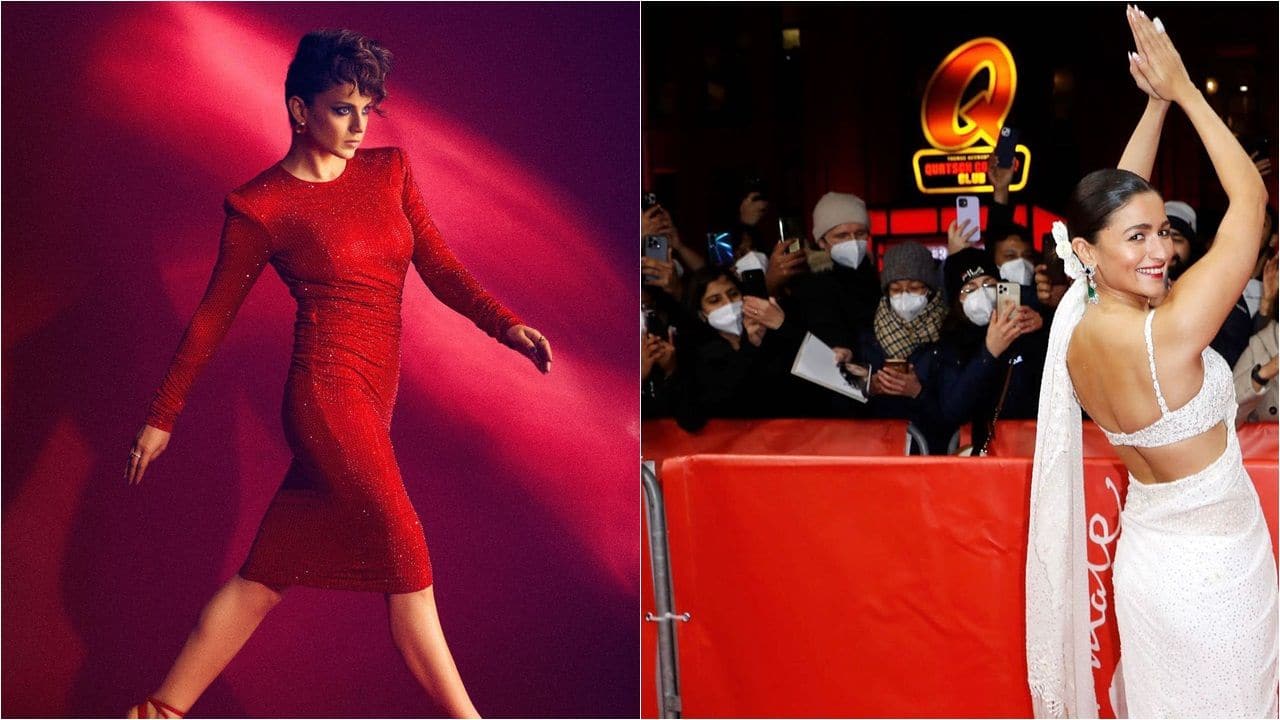 A few days ago, Kangana Ranaut had taken a sly dig at Alia Bhatt by calling her a ‘bimbo’ and filmmaker Karan Johar‘s ‘papa ki pari’. She also said that Sanjay Leela Bhansali‘s directorial Gangubai Kathiawadi has wrong casting. In addition to this, Kangana had said that the ‘Bollywood mafia daddy’ ruined the work culture in Hindi cinema. Alia has now given a befitting reply to Kangana by using a quote from the Bhagavad Gita. Also Read – Gangubai Kathiawadi box office collection: Alia Bhatt starrer is COSTLIEST female-centric film; needs to collect THIS whopping amount to be a hit

On Sunday, Kangana had taken to her Instagram stories and written, “This Friday, 200 cr will be burnt to ashes at the box office… For a papa (movie mafia daddy) ki pari (who likes to keep a British passport) because papa wants to prove that romcom bimbo can act…Biggest drawback of the film is wrong casting… Yeh nahi sudhrenge no wonder screens are going to South and Hollywood films… Bollywood is destined to doom jab tak movie mafia has power.” Also Read – Lock Upp: Munawar Faruqui’s old tweets in which he’s making fun of Kangana Ranaut go viral as he’s confirmed for the show

She further added, “Bollywood mafia daddy papa jo to who has single handedly ruined the work culture in the film industry, has emotionally manipulated many big directors and forced his products of mediocrity on their cinematic brilliance, another example will be following soon after this release. People need to stop entertaining him, in this Friday release even a big hero and greatest director are the new victims of his manipulations.” Also Read – Lock Upp: Excited about Kangana Ranaut’s bold show? Here are 5 foreign reality shows that are a heady mix of drama, sleaze and survival skills

Responding to Kangana’s harsh remarks against her and her upcoming film, Alia was quoted as saying by PTI when she was launched Meri Jaan song from Gangubai Kathiawadi in Kolkata, “Lord Krishna had said in the Gita that inaction is an action. That’s all I want to say.”

A few days ago, Kangana had objected to the video of a little girl enacting Alia’s dialogues from Gangubai Kathiawadi. Responding to the controversy, Kangana said that at the trailer launch of Lock Upp in Delhi, “Jo 6-7 saal ke bachche hai, woh kisi tarah se exploit ho rahe hai, jab main unki baat kar rahi hoon (When I am talking about 6 or 7-year-olds being exploited), I don’t think it is to harm anybody in terms of business or the money that they are going to make.”

She further added that she was giving her opinion “in the interest of the girl children who are being exploited to imitate TikTok videos and imitate a sex worker with a beedi in her mouth. So, you think that just because it doesn’t serve somebody’s purpose economically, my voice should be shut? Nobody’s voice should be shut.”