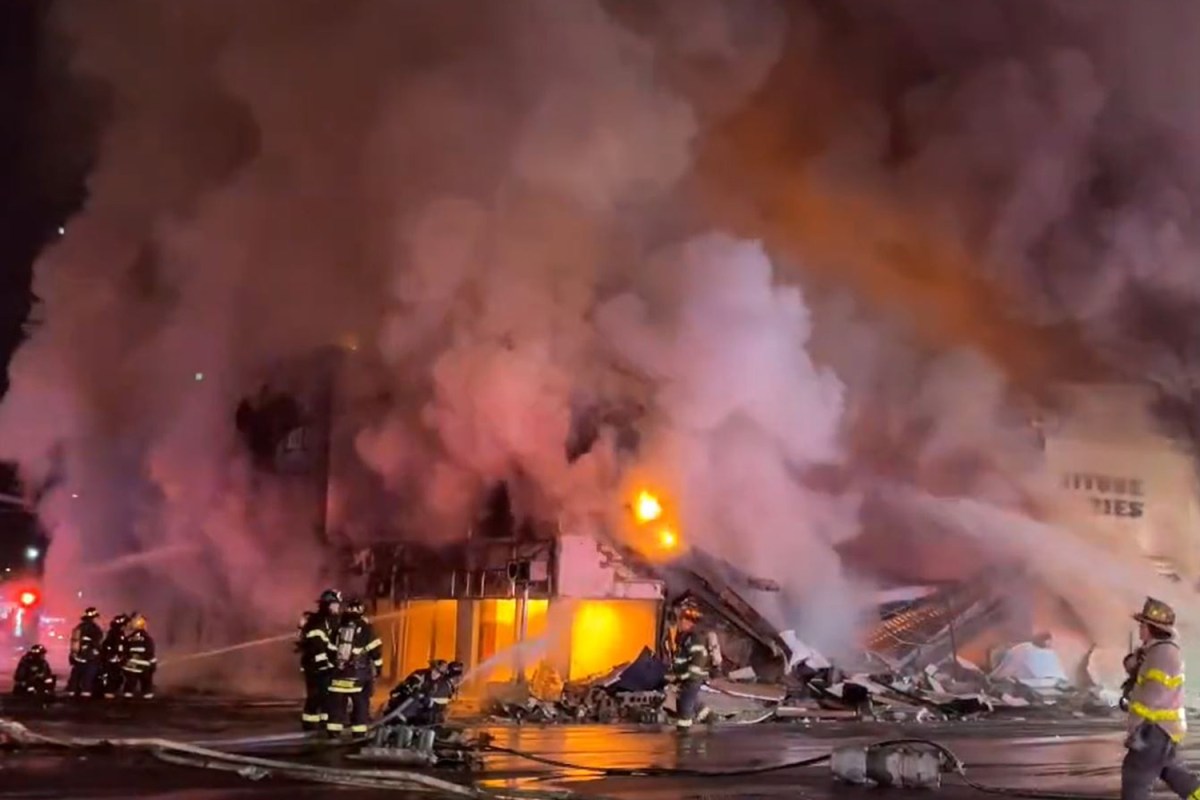 TERRIFYING video shows the moment a fuel tanker crashes and explodes in Rockville Center, causing a fireball that lit up the night sky.

The incident happened on Long Island, New York at around 2am local time on Wednesday.

Three of the 150 firefighters who responded to the scene were injured.

The driver of the truck was also injured but survived. The extent of the driver’s injuries remains unknown.

It’s being reported that burning gas has spread over several blocks after the tanker which was carrying around 13,000 gallons of fuel overturned.

Avondet said there was fire “everywhere” when he arrived on the scene.

Avondet added that flames were coming out of seven or eight manhole covers, according to NBC4.

“There were about 9,200 gallons (34,825 liters) on the gasoline tanker when it flipped and caught fire,” Nassau County Chief Fire Marshal Michael Uttaro said.

A vacant La-Z-Boy building was destroyed in the blaze. One building nearby was damaged, according to reports.

Roads in the area remained closed this afternoon as crews continued to clear the scene.

Power in the area has been temporarily turned off out of an abundance of caution, but had been restored by the afternoon.

One person tweeted: “God bless all the volunteers from our town and those surrounding Rockville Centre answering this call. Praying for the best.”

It’s not known how the tanker overturned. The cause of the crash is under investigation.

Rockville Centre is located around 30 miles away from New York City.