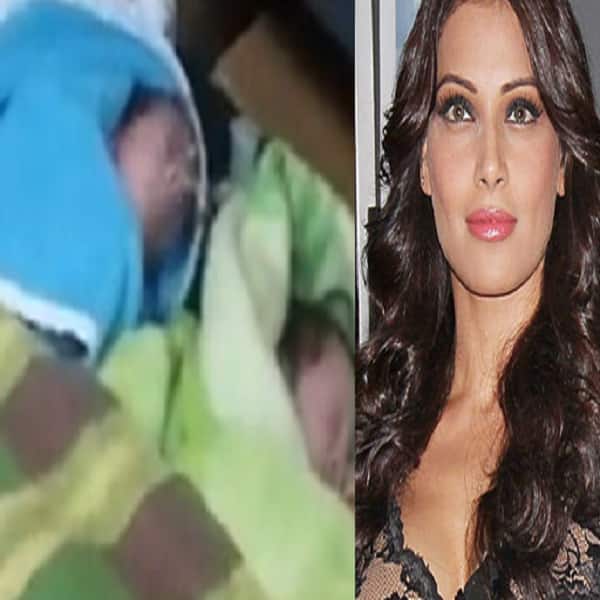 The current state in Ukraine is extremely terrifying and giving people goosebumps across the globe. Everyone is strongly condemning the attack by Russia on the country. Bollywood celebs too are expressing their thoughts and are strongly condemning against it and requesting to stop the war. Bollywood actress Bipasha Basu took to her Instagram story and shared heartbreaking pictures of the newborn babies being shifted about the war. She wrote on her Instagram story, ” #Stopthewar, It breaks my heart that in today’s time and age this is happening. Innocent people/ children are going to die. The world is watching”, she added with a crying emoticon. ” The actress further wrote, “Newborns from Ukraine’s hospital neonatal intensive care unit were moved into makeshift bomb shelter”. Bipasha also shared a picture with a message that reads, ” Pray for peace, stop the war” and captioned heartbreaking followed with the #stopthewar. Also Read – Russia-Ukraine war: Priyanka Chopra reacts to the crisis, ‘The situation unfolding is terrifying’

Priyanka Chopra too strongly condemned a giant this war and took to her Instagram and shared how children and innocent people are suffering due to this war, ” The situation unfolding in Ukraine is terrifying. Innocent people live in fear for their lives and the lives of their loved ones, while trying to navigate the uncertainty of the immediate future. It’s difficult to comprehend how in the modern world this could escalate to such a catastrophic point, but this is a consequential moment that will reverberate around the world. There are innocent lives living in this war zone. They are just like you and me. Here is more info at the link in my bio about how to assist the people of Ukraine.” Also Read – Alia Bhatt’s RRR to Akshay Kumar’s 2.0, these 5 Indian films were shot in Ukraine

This is terrible and this war should top because the one who suffers here is innocent people and especially children which is extremely UNFAIR and unacceptable! #Stopthiswar Also Read – Trending Hollywood News Today: Priyanka Chopra reacts to Rosie O’Donnell’s public apology, BTS ARMY spots man wearing sweatshirt similar to Taehyung and more