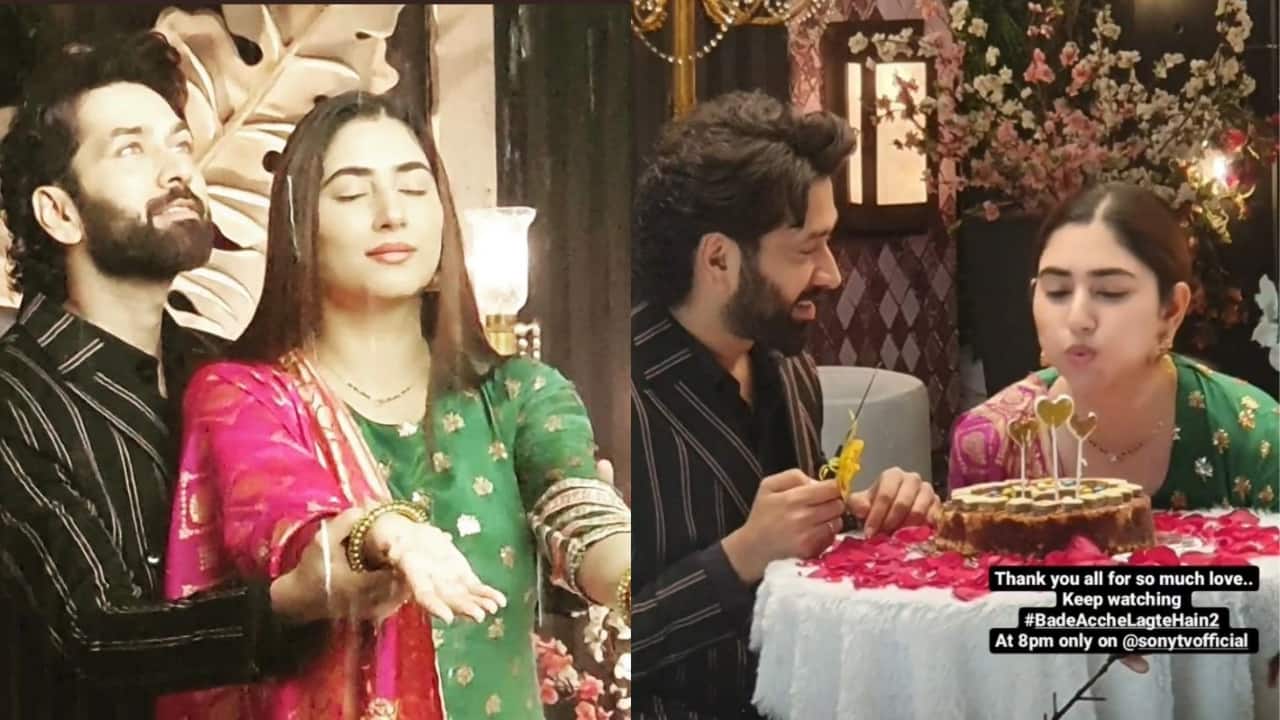 Bade Achhe Lagte Hain 2 has a loyal fandom of Nakuul Mehta and Disha Parmar fans. The show was supposed to be a journey of two flawed individuals who find love in one another. But of late, the show is only focused on the negative characters. There are hardly any moments between RaYa where we ca see the two talking. Fans were hoping that they would have a conversation where finally they can sort out trust issues. Nakuul Mehta (Ram) and Disha Parmar (Priya) are not going much right now as she is upset with him bringing the pyaaz ka kachori. We know that item is associated with a traumatic memory in Priya’s life. Also Read – Bade Achhe Lagte Hain 2: Sidharth Shukla, Shaheer Sheikh and more actors who refused Ram Kapoor’s role before Nakuul Mehta stepped in

In Bade Achhe Lagte Hain 2, Priya has told her mum that Mahendra Sood planned the accident of Ram. She is aghast. Priya also says that she will not tell him about it, as he will have a terrible impression of their family. Ram feels sad that he unknowingly hurt Priya digging up old wounds. Fans are quite unimpressed with the lazy writing and how the villains are getting maximum footage on the show. Check out the reactions… Also Read – Alpana Buch in Anupamaa to Niyati Joshi in Yeh Rishta Kya Kehlata Hai: Glamarous off-screen avatars of 7 TV mothers-in-law will certainly surprise you

How badly effed up does a show have to be for the audience to BEG the makers to get the leads to TALK?! ? Koi aur show mein hota/hua hai kya aisa??! #BadeAchheLagteHain2

Yesterday Ram should atleast have asked Priya why she is not sharing her insecurities with him witn Haq! Like he shared with her during Diwali when he had OD of medicines! #BadeAchheLagteHain2

That excitement of watching show daily is literally gone yesterday’s whole episode was about side characters last 2-4 mins was about ram priya in that too jo tha bas mann mai hi baat kar liya?do the dhond sisters really know who are the main leads!?#BadeAchheLagteHain2

The writer of the show is Mukta Dhond. She is behind many successful shows. Nakuul Mehta and Disha Parmar fans are damn annoyed and we have to see if the TRPs get affected in this drama. Let us see if they do take some remedial measures for the same. Also Read – Naagin 6 duo Tejasswi Prakash-Simba Nagpal, Mouni Roy and more: TV celebs who ruled Instagram with their AMAZING posts